A pulmonary pseudotumour is no more than ‘something’ which mimics a tumour. Most frequently the term is used to denote focal collections of fluid trapped in …

Transient constrictive pericarditis (CP) is an increasingly recognized sub-type of the more typically known CP. It was first described back in 1987, when a small group of subjects with CP demonstrated spontaneous and permanent resolution of constrictive physiology on serial echocardiograms. 1 This 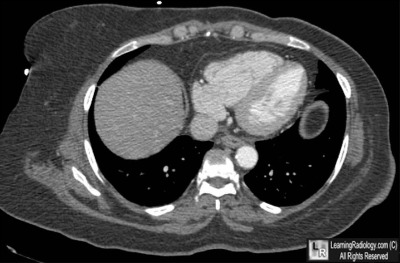 Since its appearance as a diagnostic tool during World War II, ultrasonography has gained an increasingly important role in the assessment of the trauma patient